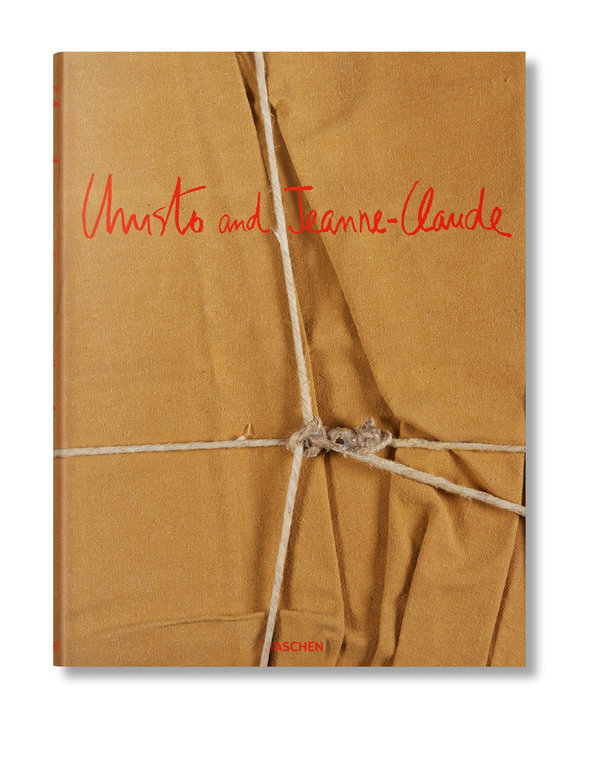 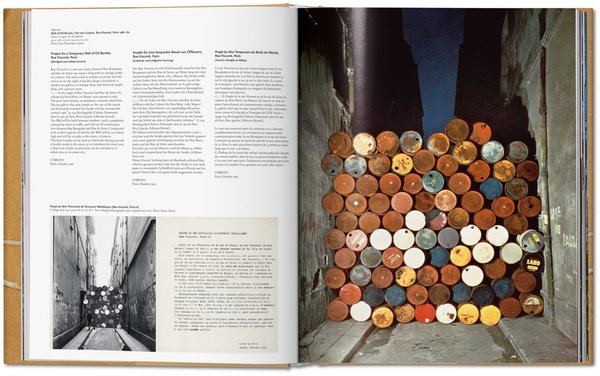 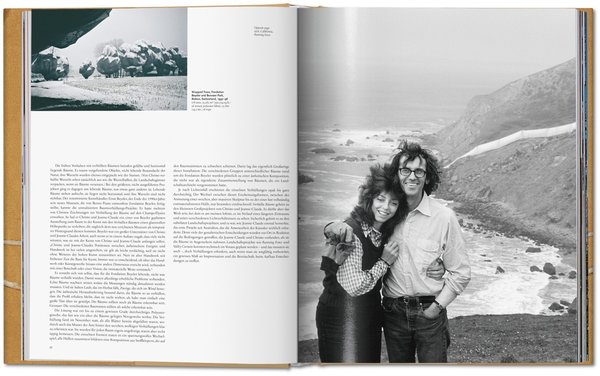 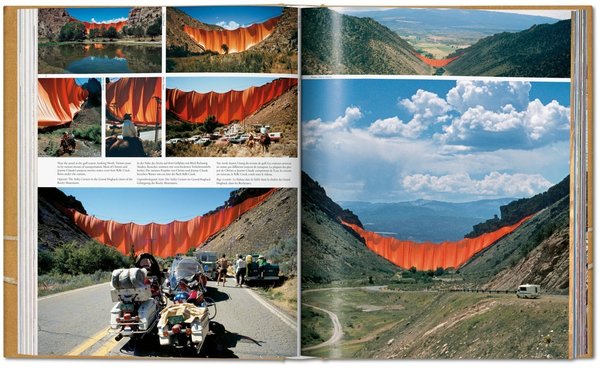 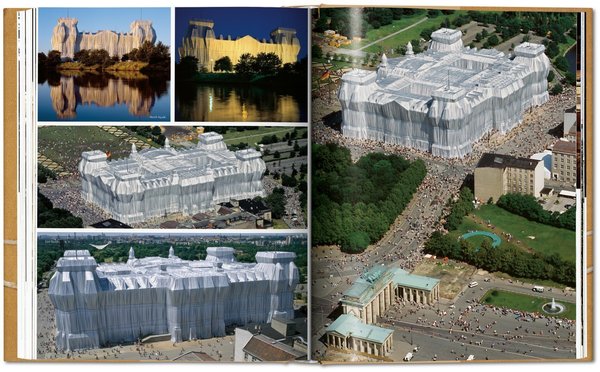 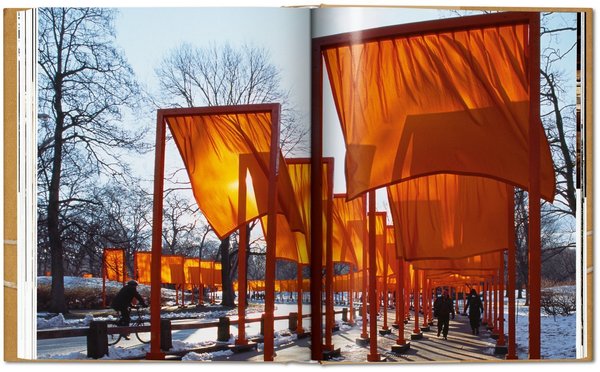 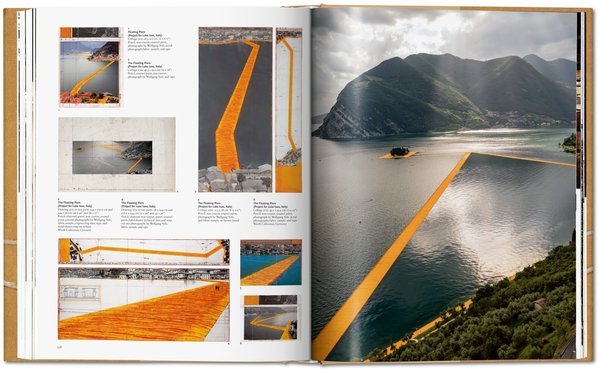 “Each project is like a slice of our lives, part of something that I will never forget.”
- Christo

Hundreds of photographs and drawings trace the couple’s projects from the past 10 years, including The Floating Piers and The London Mastaba, as well as works in progress such as The Mastaba of Abu Dhabi and L’Arc de Triomphe Wrapped, Paris.

In addition to comprehensive photographic documentation by Wolfgang Volz and an updated introduction by Paul Goldberger, the book features a conversation between the artists and the author. It was the last conversation about their work that Jeanne-Claude had before her passing in 2009.

The result is an eloquent homage to Jeanne-Claude and a celebration of the work of two artists whose imagination has affected the landscape of every continent.

The photographer: Wolfgang Volz has been working with the artists Christo and Jeanne-Claude since 1971. He was Project Director (together with Roland Specker) for the Veiled Reichstag, Berlin, 1995 and (together with Josy Kraft) for Veiled Trees, Riehen near Basel, 1998. He was also responsible for the execution of The Wall - 13,000 Oil Barrels, Gasometer Oberhausen, 1998-99 and Big Air Package, Gasometer Oberhausen, 2010-13. He is the exclusive photographer for the works of Christo and Jeanne-Claude. This close collaboration has resulted in many books and more than 300 exhibitions in museums and galleries worldwide.

The author: Paul Goldberger is the New Yorker's Pulitzer Prize winning architecture critic, for whom he has been writing the "Sky Line" column since 1997, and the author of several books, most recently Why Architecture Matters (2009). He lectures on a wide range of architectural, design, heritage and urban design topics, and has taught at the Yale School of Architecture and the Graduate School of Journalism at the University of California at Berkeley.